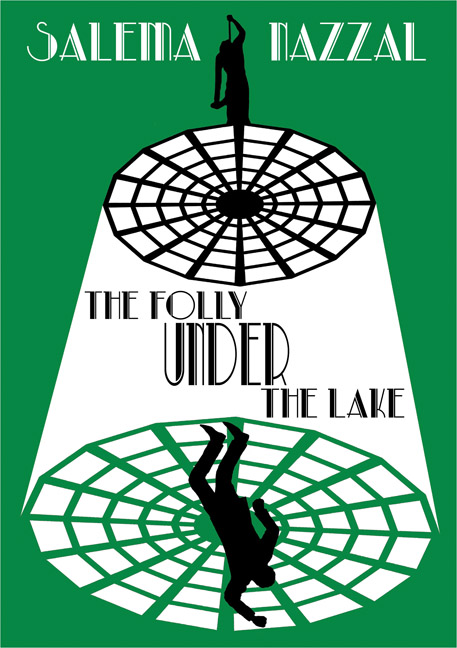 The Folly Under the Lake

Multi-millionaire Walter Sinnet is crooked and ruthless. He builds an impressive underwater folly on his property. Wishing to show off, Walter welcomes a house party to his home, but an angry storm lashes down on the village and traps everyone inside the estate. A guest’s jewellery goes missing and a dead body is found floating in the lake.

Set in the early 1930s at a country house in Surrey. Witton Park is owned by crooked, multi-millionaire, oil speculator Walter Sinnet and he lives there with his wife Blanche and their two adult children Harry and Rose.

Harry is a good-natured bookworm who spends most of his time in the library, and has nothing in common with his father who wants him to work in the family company. His sister Rose, fun but feisty, wants some excitement in her life.

Walter has become a multi-millionaire by swindling the investors in his company and has a vast lake and underwater folly engineered and put onto his property. People can sit in the folly and look through the windows into the lake and watch the fish swim past.

The Sinnet family have a weekend house party and amongst them are Joseph Brewer and his wife Florence who are a couple in need of money who are desperate to invest in Walter’s business.

Another guest is Hattie Abberton, who has been invited by Blanche and has a big secret to hide.

Other guests include grieving widow Cordelia Brown, who is Blanche Sinnet’s niece, jewellery expert George Brown and Blanche’s childhood friend Aubrey Sapping, who is in love with her.

That night a storm happens that is so severe that a large tree falls down over the entrance gates making it impossible for anyone to leave the estate.

The next morning Florence Brewer’s jewellery has disappeared and a dead body is found floating in the lake facing down through the folly’s glass roof.

Inspector Marcus Thomas and his son James, who has a day off school because of the storm, soon arrive at the property. Along with bumbling sidekick Constable Turner, the three set out to solve the mystery. 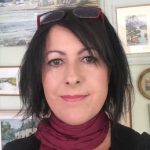 Reading, writing and the English language has always been a passion for Salema and so she trained to teach English as a foreign language and went to work in Beirut for a few years. She started off teaching adults at a language centre and then ended up at a school on the grounds of an orphanage. She now lives in England where she spends her time looking after her children and cats (not necessarily in that order!) She wrote an article on the plight of the orphans that was published centre-spread in a Christian newspaper. Previous to her travelling experience she worked for a human rights organisation and was privileged to be able to go to Iraq and Cuba as part of her job. Having had a long history of reading vintage crime stories that almost bordered on the obsessive, Salema was motivated to put pen to paper and write her own book by her sister Jess. Jess, who also loves vintage whodunits, told her it was about time she wrote her own one. The challenge was made and so Salema made her way to West Dean College in Singleton, West Sussex, to do a course in crime writing that was taught by established crime authors Lesley Thomson and Elly Griffiths. As well as writing, Salema also upcycles old furniture and makes it beautiful again. She loves junk shops and cannot pass one without diving in, much to her children’s despair. Her dream is to own a book shop with café, and spend her days dreamily writing at the shop’s counter. Inspiring authors include the queen of crime herself Agatha Christie and J Jefferson Farjeon because they write good old fashioned crime stories that are gripping from start to finish. She also loves the writings of Naguib Mahfouz, an Egyptian writer, [...]

Title of this excerpt

There are no reviews yet.

Only logged in customers who have purchased this product may leave a review.

Cookies help us customise Pneuma Springs for you, and some are necessary to make our site work. OkPrivacy policy